Over the past few weeks we have been able to get a lot done because the rain has finally gone away. We installed this roof in Bethesda md for the second time, the first time was installed 29 years ago when Welsh Roofing was only a few years old and a 25 year shingle was used, almost 30 years later the reason for the same homeowners to replace the roof again wasn't because it was leaking but because they are thinking of selling and knew it might be that time to do it again. This home is a good example as to why we give lifetime labor warranties on all of are roof installs, making a 25yr shingle last until its 30 is a hard thing to come by. We didn't go back with a 25 year shingle this time we went with CertianTeed Landmark Resawn shake, and we installed a TPO flat roofing system on the back flat addition. 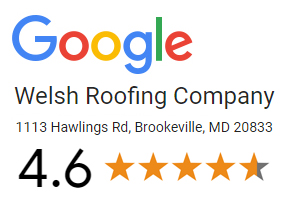